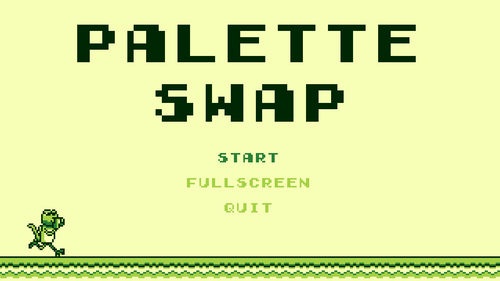 Our biggest update yet, this patch finally adds a real UI as well as ton of minor tweaks to the movement system! In addition, Fern finally animates when dashing, which adds some much needed feedback to his locomotion.

-Dash has a cooldown on rebounding, so dashing into walls cannot be continually spammed

-You cannot perform a downward dash unless you are midair

-Downward dash is easier to input

-Inputting left and right simultaneously on keyboard results in Fern skidding to a halt, and are treated as if no directional input is given

-Fern will always dash the way he is facing now

-Fern can not visually turn around during a dash

-Q and U cycle palettes left, E and I cycle right